NEW - Wonderful Stargazer, also know as New Zealand Monkfish. Lovely large white fillets of fish which are boneless and skinless. There are 3-4 fillets per 1kg order. Stargazer fillets are different from the Monkfish Tails we have ( the Monkfish tails are thicker & more suitable for making curries etc).
SKU: 410 Categories: Frozen Fish, Monkfish

Stargazer can be cooked in various ways, in many different recipes. We recommend the recipes on the Great British Chefs website, they make lots of different & delicious dishes for Monkfish / Stargazer that are hard to beat. From a Monkfish Curry to Monkfish wrapped in Parma Ham, all delicious. You can find these recipes & more at http://www.greatbritishchefs.com/ingredients/monkfish-recipes

A monkfish is a fish that is found in the oceans. This type of fish is a member of the lophiid family and can be found throughout the Indian and Atlantic oceans. These fish are very colourful and can be a fun addition to any aquarium. Learn about this unique fish and how to identify it.

Monkfish have large, round heads and large mouths. Their flesh is very low in fat and low in calories. It is also packed with beneficial minerals, protein, and vitamins. For example, monkfish are rich in selenium, an antioxidant that helps prevent heart disease and improves thyroid function. They are also full of vitamins B6 and B12, which boost the brain.

The monkfish tail is a simple, yet delicious preparation that can be cooked by a beginner home chef. It can be fried, poached, stewed, or roasted. Just make sure to leave it to rest for about five minutes before serving. It is also best to avoid overcooking the fish as the meat will dry out and become unappealing. During this time, you can also brush the fish with a little olive oil.

Monkfish is a delicious fish, with a delicate, meaty taste that is somewhat similar to lobster. Its meat is dense and has a mild, sweet flavour. Like lobster, monkfish has one bone that runs through its tail. Its firm texture and flavour make it an excellent choice for cooking. It pairs well with many flavours, including grilled vegetables, Asian cuisine, and seafood.

Monkfish is not poisonous, but it is a unique-tasting fish that can be intimidating to cook. It is also often used as a substitute for other fish, including snapper, mahi-mahi, and halibut. Monkfish are available in markets year-round.

When cooking monkfish, make sure to clean it properly. The skin should be pink or grey. Rinse it well under cold water, and avoid letting it dry out. Also, do not overcook monkfish because its lean meat will dry out quickly. In general, monkfish should be cooked for at least three hours, though the fish can last up to four days in the fridge.

Monkfish has a similar flavour to lobster. When cooked properly, monkfish has a firm texture and a delicate, sweet flavour. Because it is lean, monkfish is considered a healthy fish. It also contains low amounts of mercury and phosphorus.

There are no reviews yet. 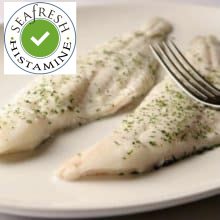 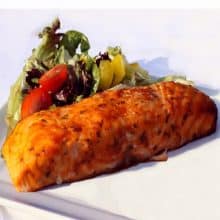 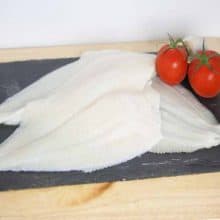